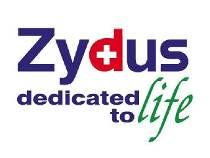 NEW DELHI: Zydus Cadila has launched mesalamine delayed release tablets, used for the treatment of ulcerative colitis, in the US market.

“Zydus CadilaBSE -1.00 % has commercially launched its mesalamine delayed release tablets in the US market. ZydusBSE 0.68 % was the first to file an Abbreviated New Drug Application (ANDA) for the generic version of Lialda,” the company said in a BSE filing today.

Zydus Cadila said this product is the only generic of Lialda available to patients in the US.

The Gujarat-based group has more than 130 USFDA approvals and has filed over 300 abbreviated new drug applications (ANDAs) since it commenced filings in 2003-04.

how can we help you?

Contact us at the Consulting WP office nearest to you or submit a business inquiry online.